I sometimes wondered if I was too pushy with my 8-year-old son, Maverick. He was just a little kid and a good parent wouldn’t put too much pressure on his child at such a young age, right? Well I couldn’t help myself. Being an entrepreneur to the core is just a part of who I am.

For years I’ve been excited for my sons to grow up so I could start sharing the amazing world of opportunities that exists with them. I want to teach them finance, leverage, marketing, sales, leadership, personal responsibility, and the list goes on and on. But is 8 years old to young? Not even close.

My son Maverick has successfully launched, grew, and sold his first business over the last 8 months and what a thrill it ride it has been for both of us. I never expected he would have so much success so quickly, but it’s not the extra cash he made that is important here. The important thing is how much he learned. His eyes were opened to a world of limitless opportunities. He started to understand competitive advantage and why it is important for your business to be unique and different. He learned how to sell, how to work, and how to fail but keep trying. He even learned how to do basic accounting. However, one of the most interesting things he learned first hand was what it is like when someone steals from you.

It was only about a month into his business, Mavericks Candy Company, when he found out how much it hurts when someone steals from you. He was taking the quarters out of his machine at a local Mexican restaurant near us and then it happened. He had some “fake” coins inside his machine. How could this be? The look on his face was priceless.

“Dad, why would someone do this?” he asked me, heartbroken.

“Son, some people in this world like to take what isn’t theirs. You had what they wanted so they took it,” I answered. Now, I could lecture my son for days on end about how wrong it is to steal but no diatribe from Dad could ever compare to the lesson he learned that day. The candy machine he bought and placed in that business, the same candy machine he filled with over $60 worth of fresh candy, had been violated by the dark laws of human nature. I was ecstatic! Now, I know that may seem counter intuitive but I was SO happy for him! What a life lesson! What an experience to have sink into your bones at 8 years old. I want to formally thank whomever stole his candy (and continues to do so, actually) by using those “fake” coins. You have officially helped my son grow as a person.

When we were preparing to launch his new business last fall, Maverick had to memorize a script to read to local business owners and managers. After all, the key to success when you own five candy machines is location, location, location!  More traffic at the machine means more quarters for his tiny empire.

I made him walk into the businesses all alone, and yes, he was totally freaked out. At one point he was almost crying about doing it, but big mean Dad patted him on the back and said “You can do it, buddy. Don’t be afraid and remember I’m so proud of you no matter what happens.” He must have went into 20 different businesses, asked for the manager and then fumbled through his script as he asked permission to place his machine there. I was sure it would be a piece of cake. Who could turn down an 8 year old business owner? Boy, was I wrong. He got rejected over and over again! It was brutal but I kept encouraging him and we made a game out of it. After a long night of trying to land candy machine locations we would grab some ice cream together to celebrate the effort, not necessarily the results. (another important life lesson) 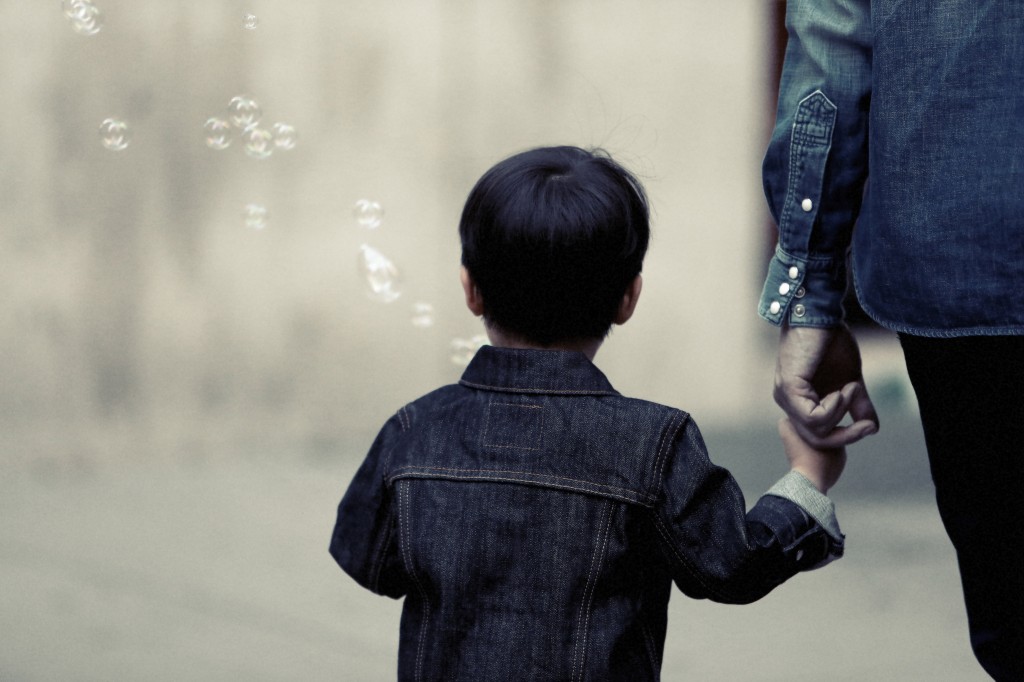 It wasn’t too long after that when we got our first win. I was talking to Maverick about the absolute importance of following up in business. The fact that 80 percent of sales are made after the 5th contact with a lead. I explained how most people don’t have enough courage to continuously keep asking for a sale after they were already told ‘no.’ Maverick’s idea of his “trophy” location was the busiest Mexican restaurant in town but he had already been shot down once. Maverick was focused. He was bold. That’s when it happened.

He walked straight up to the manager of Sagebrush and said “Hello, sir, I’m just following up about placing a candy machine in your restaurant. I think it would be a perfect location and last time we talked you mentioned you needed to talk to the owners. Have you talked to them yet?” You guys should have seen the look on this guys face! It was legendary, as I looked from a distance. He never needed to talk to the owners he just didn’t want to deal with a kid and his candy machine, but after that follow up we had him right where we wanted him!

He stood there looking down at Maverick with his hands on his hips and said, “You know what…I think we actually do have a little room over here.” He moved some things out of the way and made room right on the spot! Incredible! People are busy, like in normal business, but persistence pays off!

Do you honestly think in a million years I could have verbally explained to my 8-year-old that “Being persistent is an important life skill, son.” No way! However, in that moment of glory for Maverick something was ingrained inside him that even he doesn’t yet fully understand. Kid-owned businesses are the most incredible way to teach your kid life skills.

It doesn’t need to be perfect. It doesn’t need to be complicated or even all that profitable. The point is just getting their “wheels turning,” so to speak. Let them dream and work and build and fail and learn and laugh and complain and grow. Many times when it was time for Maverick to drive around town to his five locations he didn’t feel like doing it, but I made him anyway. Starting a new business is exciting but running it is boring, right? Another life skill? Check. I made him wear a uniform and work hat because “Being professional matters” and I made him keep accurate books because “details are important in a successful business, Maverick.”

At the end of the day this was all initiated by me and was somewhat “pushed” onto little ole’ Maverick, but you know what? He took a liking to it. He talks to adults with more confidence now. He speaks to his 2nd grade class about his business and the difference between revenue and profit. He explains to his little brothers how hard work pays off and when we go to the bank to make his deposits, he stands about 10 feet tall. I am one of those Dads with BIG dreams and goals for my family but I do not want to try and live vicariously through my children. I don’t want to cram business talk down their throats and push them to the breaking point, but at the same time I feel our society has grown a little soft.

Was it really bad for me to push Maverick almost to the point of tears when we were memorizing his “script” to talk to local businesses? That’s for you to decide but I can tell you one thing for sure. When we signed the paperwork today to sell his business to a couple of other local brothers, 10 and 12-years-old, for $1,200, Maverick will happily agree it was all worth it and so will I. Our local newspaper even wrote a story about Maverick, click here to see the article. How many 8-year-olds have built and sold a real business? That’s pretty cool if you ask me.

P.S. $1,200 to an 8-year-old is like your company being acquired by Google for a cool billion.

Take care and may God bless the work of your hands.